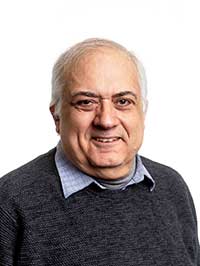 Len has a passion for Higher Education. As a planner and architect he has worked almost exclusively in the Higher Education sector for most of his career. From 2003 to 2008, Len was the University Architect and Chief Planner for the University of Alberta where he was responsible for the programming, allocation, utilization and planning of over 13 million square feet of academic, laboratory, office, support and housing facilities. His duties also included the direction of architectural and engineering consultants for numerous projects including the 600,000 SF Centennial Centre for Interdisciplinary Science, the 400,000 SF Downtown Campus known as Enterprise Square as well as the programming of the 520,000 SF Edmonton Clinic Health Sciences Academy.

Len’s experience with University planning, facility management and governance gives him real insight into the space management issues faced by many institutions. He has been active in facility utilization analysis and research into optimization of facility usage based on real data. He assists clients in analyzing the true intensity of facility usage and how facility assets of all types can be made more efficient. In times when funding is slim and optimum use of space is vital, the understanding and argument for repurposing of existing facilities and the development of new ones is made far easier with cogent and realistic data on the intensity of use.

Len has been particularly active as a Campus Planner – bringing his passion for high quality educational settings to the development of Campus Master Plans for clients such as Thompson Rivers University, the Northern Alberta Institute of Technology, Northwest Community College, the University of Alberta’s South Campus Expansion, Grant MacEwan University Single Sustainable Campus, as well as Lakeland College’s Lloydminster and Vermilion Alberta campuses. His planning is driven by the research and work done at MIT into the structuring of peoples’ mental image of place and how this can contribute to the quality of campus life.

His buildings for Post Secondary include the Alumni Hall, all nine residences, and the Trades Centre for Lakeland College Vermilion, Lakeland College’s Lloydminster Campus Main Building, the University of Calgary’s Information and Communication Technology Research Building, NAIT’s Centre for Applied Technologies, and most recently, the 170 million dollar redevelopment of the 1922 Historic Medical Building at the University of Alberta into a new University Centre.

Len has been an active member of the musical community in both Alberta and BC. He currently plays flute with the Vancouver Concert Band and has in the past played with the Cosmopolitan Music Society in Edmonton and the Calgary Concert Band. An avid sailor, Len lives with his wife and son aboard their yacht “Terratima” and can be found under sail when not in the office.