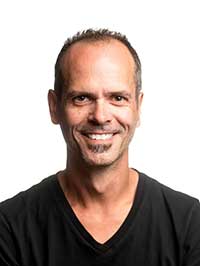 Todd has a natural ability for looking at complex situations and breaking them down, making it simple. This proved invaluable with the East Kootenay Regional Hospital project, which involved extensive renovations, as well as an addition of 40,000 sq. ft. It was critical that the existing hospital remained operational during construction requiring ongoing coordination of multiple construction phases and decanting of departments.

To date he is most proud of his role in the design and construction of the Kelowna General Hospital Maternity/Obstetrics ward and Neo-natal Intensive Care Unit (NICU). Realization of these two projects ensured that his two sons were born into a caring environment and that his oldest son received the highest level of care when he spent the first day of his life in the NICU.

Todd’s experience includes renovations and additions on many health care projects including, but not limited to, work on Royal Inland Hospital, Kelowna General Hospital, Okanagan Endodontics Specialists, East Kootenay Regional Hospital, and Penticton Regional Hospital. Todd’s experience is not exclusive to health care projects either. He also worked on the Shannon Lake Elementary School addition and renovations to the City of Kelowna’s City Hall.