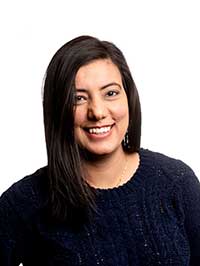 Sawinder completed a two year Architectural Technology Diploma program from NAIT in 2012 and worked with Architecture ATB in Edmonton. After exploring the industry for two years in project coordinating, drafting and designing, she decided to further pursue her studies. This led to completing her Bachelor’s degree in Architectural Science program at BCIT in 2016.

In the future, Sawinder would like to pursue a Master’s Degree, but for now wants to gain more experience in the industry and deliver completed projects in a satisfying manner. She is excited to expand on the education that she has already received and to broaden her horizons.

Having been brought up in India, Sawinder enjoys being outdoors and loves to travel. She enjoys the outdoors, hiking, and finding new places to explore. She likes to watch soccer and hockey, and play volleyball. In her spare time, Sawinder likes to draw and read.