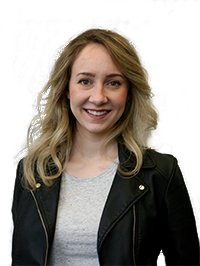 Holly first began working at Thinkspace in 2018 during her ABT practicum at BCIT. In 2020, she completed the Architectural Science degree at BCIT before returning to Thinkspace to begin her career. Since then, she has worked on various types of projects including commercial buildings and K-12 schools. Having grown up in the Lower Mainland, she especially enjoys working on projects in her community.

Travelling and studying drafting and design in high school eventually led Holly to study in the field of architecture in college. In the future, she plans to travel more in order to experience the different approaches to architecture from around the world.

Holly danced ballet and played piano for many years, both of which influenced her passion for the creative and technical aspects of design. Other creative hobbies she enjoys in her spare time are sewing, cooking and yoga.