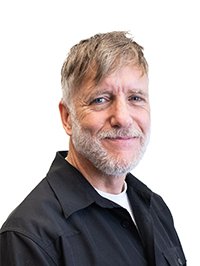 Gary is originally from Ontario. Drawing was his passion, so architecture school was a logical choice at the time. After graduating from Carleton University, Gary headed north to Yellowknife for a number of years, where he worked on secondary schools and community health centre projects.

From there, Gary moved to the Yukon and started a family. He eventually made his way to Vancouver Island where he became involved in industrial shipyard work, personal service tenant improvements, new private school facilities, and most recently, multi-family rental housing.

When he’s not in the office, Gary spends his spare time working on his old camper or house, and enjoying the outdoors with his partner.