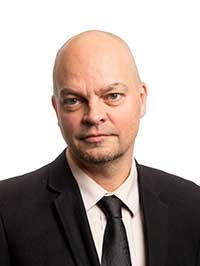 Steve joined the thinkspace team in February 2013. Steve is a Certified Management Accountant, a designation he obtained in 2005. He began his accounting career with CJP Architects in 1995. In 1999, Steve was promoted to Project Accountant and in 2002, he took over the role of Controller, a position he held until CJP merged with Kasian Architecture in October 2012. Born in Saskatchewan, Steve moved to BC at an early age and grew up in Richmond. In 2000, Steve became a resident of Surrey, moving to his current home just minutes away from our office. After work, Steve enjoys spending time with his wife Eva and their son, Steve Jr.