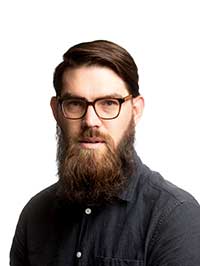 Dale believes in clean design and practical solutions. Having graduated with a Diploma in Building Design and Technology from the far land of Australia in 2012, he comes with an array of experience from building services, structural engineering, interior design and 3D Revit modelling. He is most proud of two particular coffee shops he designed whilst in Australia, one being the very first container coffee shop in Australia at the Brisbane Domestic Airport, the other being in the UAE’s Sheikh Zayed Grand Mosque complex.

Architecture has been a lifelong pursuit for him and he appreciates any opportunity he gets to be involved. However in 2014, having decided it was time for something new, he packed his life up in Brisbane and decided to move to Canada for a fresh perspective. Spending the first 18 months in the various ski resorts in BC, he then decided it was time to get back into architecture and design.

In his down time back in Brisbane, Dale would usually go to the beach, play cricket and kiteboard as much as possible. This is Canada though, and the beaches just aren’t the same as the Sunshine Coast of Australia. So instead he has his snowboard and ice skates for the winter; while wakeboarding, camping and hiking occupying his time in summer. Amongst all of this, he is eager to travel and experience the best of the world and all it has to offer, taking every opportunity to experience someplace new while he still can.