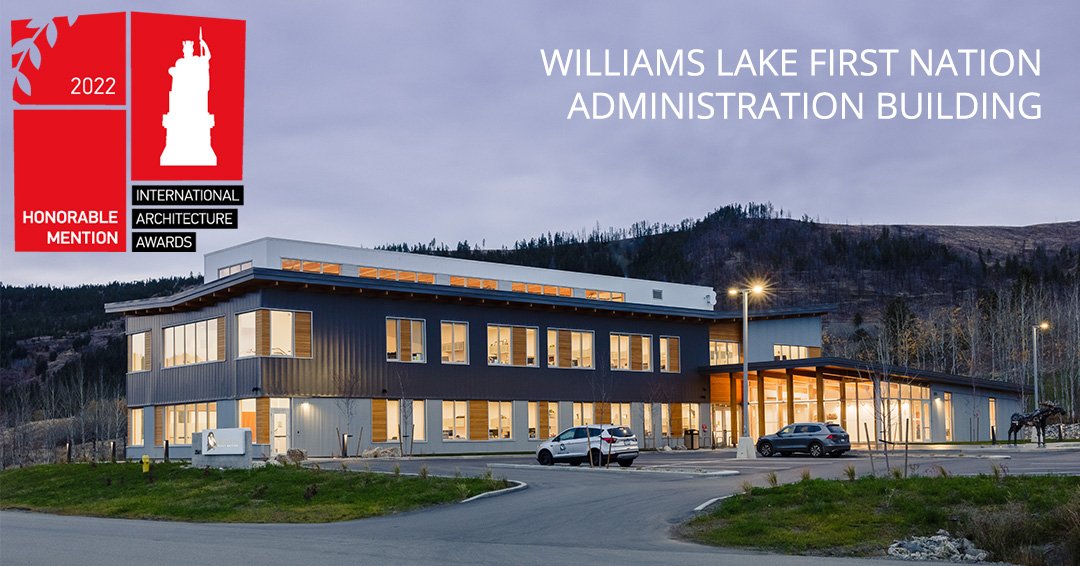 This year, the Museum received a record number of entries for new buildings, landscape architecture, and urban planning from design firms around the world.

An international jury composed of several distinguished designers selected over 150 awarded projects and 155 honorable mentions from a shortlist of over 650 projects.

Congratulations to the entire design team, as well as the contractor, consultants, trades - and the WLFN!

The Williams Lake First Nation (WLFN) administration building is a dynamic two-storey hybrid mass timber building that supports the interaction between administrative offices, the First Nation’s elected leadership, council chambers, cultural exhibit space, and an archeological laboratory. The 17,700 sq ft building’s layout is quite efficient, but the use of transparency, light, and thoughtful programmatic distribution provides a sense of impressive breadth.

This highly collaborative project underwent numerous design revisions, and even a site relocation, in order to meet budget and schedule requirements. WLFN and the project team worked very well together to deliver an impressive multi-purpose building that will serve as inspiration for other First Nations.