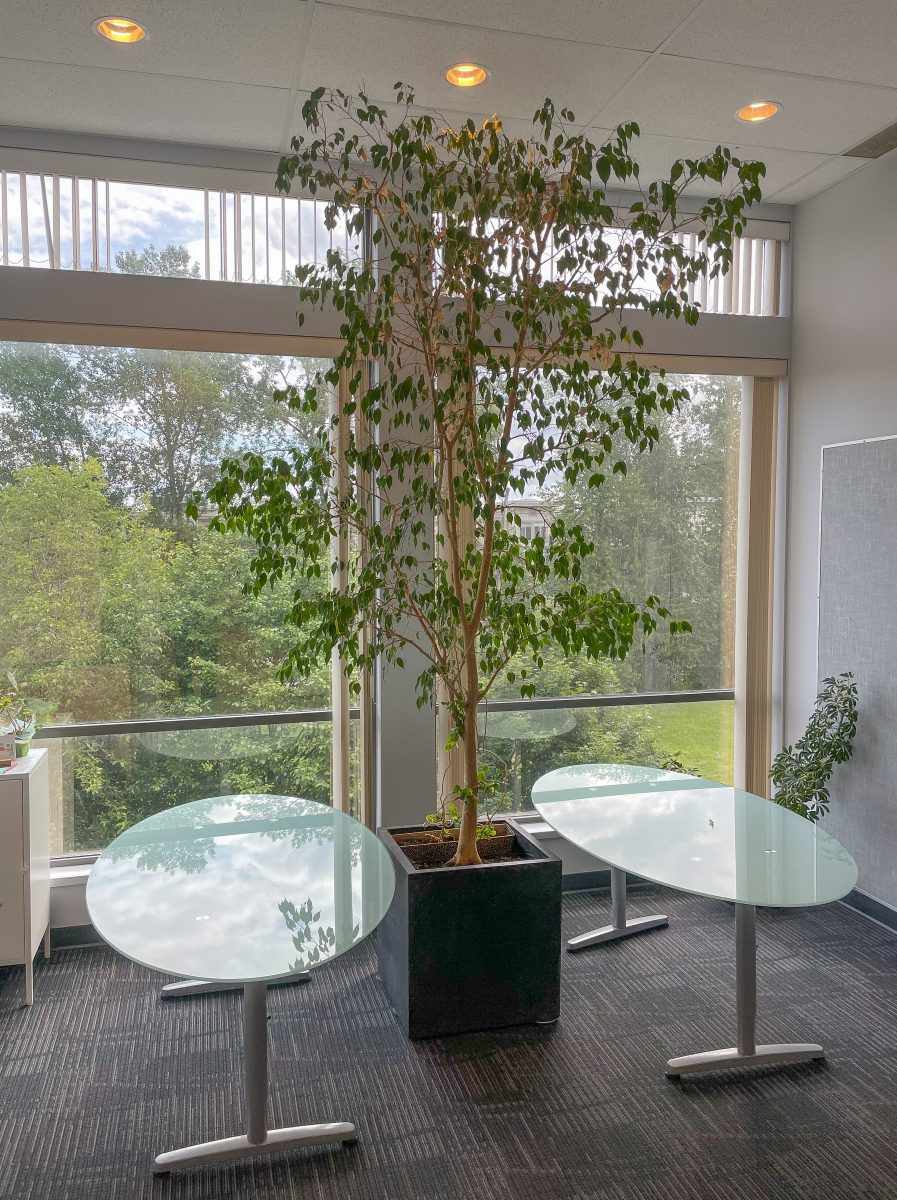 It can be easy to take things for granted, especially when you see them every day. Case in point – the ficus tree that made its home in the staff kitchen of the Thinkspace Surrey studio for most of the last decade.

The tree was brought into the office by Ron Hoffart, one of the original Thinkspace partners, back in about 2013 (the tree has been here longer than some of our most senior employees in this location, so dates are bit hazy).

It found a home in the centre of the dining space in the kitchen, and there it stayed for the next eight-odd years, growing with the slow, methodical commitment that often characterizes indoor trees that receive intermittent care and attention. 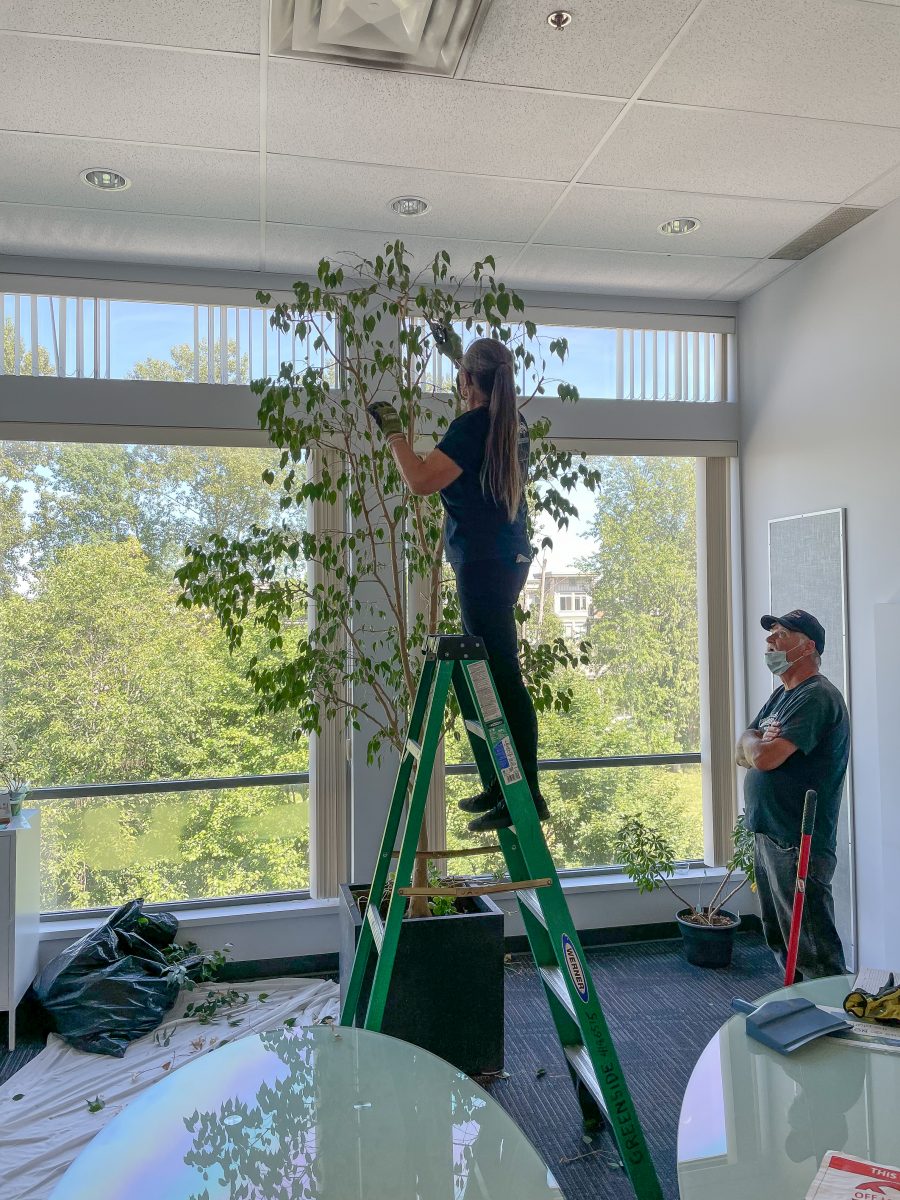 Witnessing the ficus grow over time was almost like watching a teenager grow – you don’t notice every branch or new leaf sprout, but somewhere along the way you realize that this child is taller than you, and you’d better have a chat with them about the peach fuzz on their upper lip.

The ficus kept growing taller and taller, and eventually ran out of room when it hit the 12’ ceiling. Somebody called in an indoor plant specialist at that point and gave it a trim.

It did keep on growing out, however, to the best of its ability. This particular ficus would never have been called robust, but it did have a commanding presence in the kitchen and it was definitely a fixture in Thinkspace studio life.

Over that eight-year period, the ficus was witness to many potlucks, quite a few hurried lunches, an occasional whispered kitchen conversation, and the untold number of cups of coffees it takes to keep the creative juices flowing in an architecture practice. 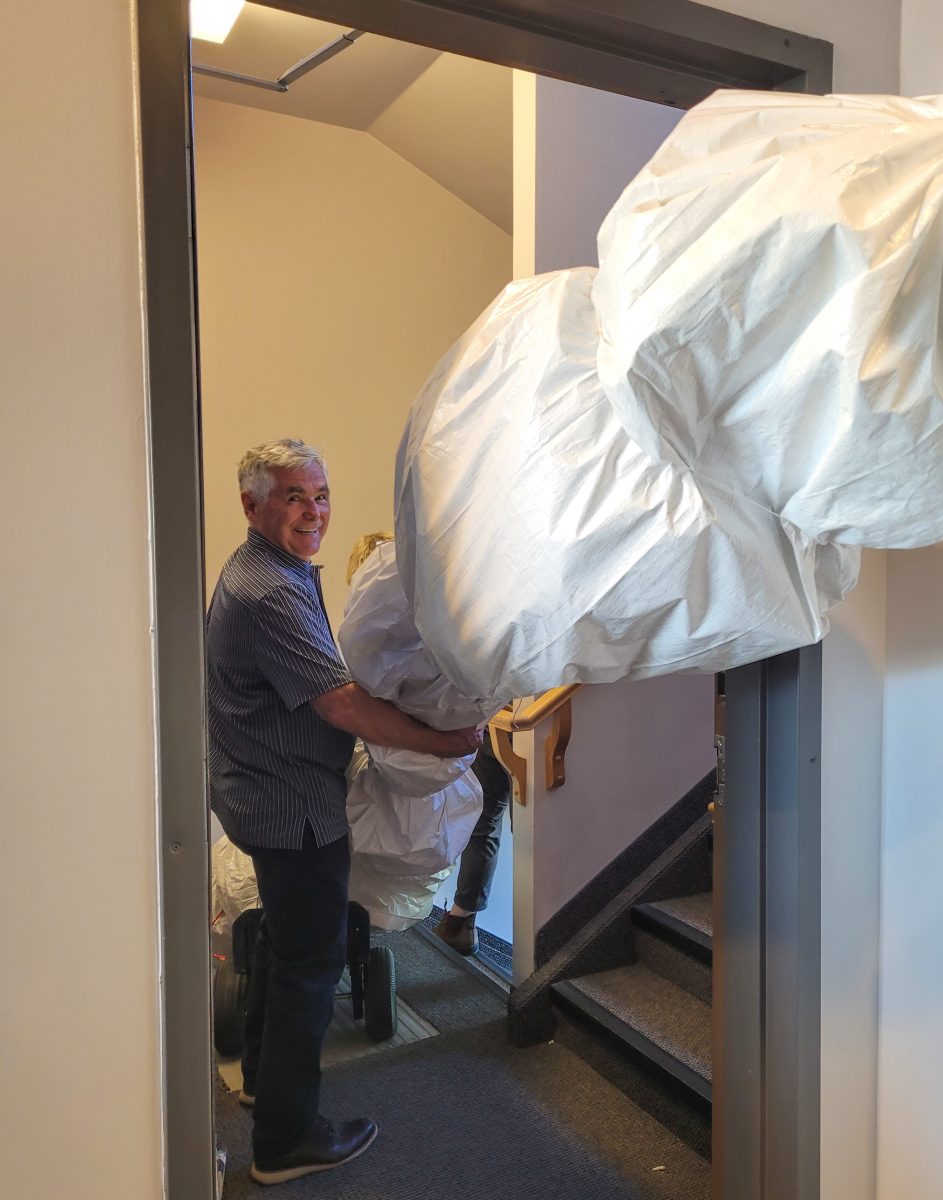 That legacy came to an end in June 2021, when Ron – who moved on from the practice in 2018 – decided that it was time for the ficus to join him in his Kelowna home.

In order to move the tree, the plant specialist came back to give it a serious pruning – the 12’ giant was cut back to about 7’ for easier transport.

On June 22, Ron took his tree away for a new, simpler life that will likely involve presiding over Okanagan wine tastings and discussions about golf or other retirement-related activities. 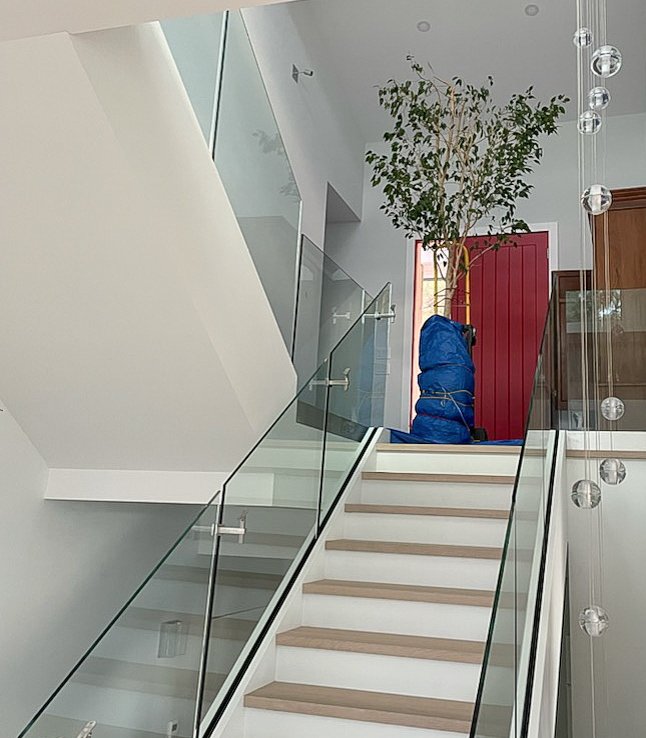 So, it’s goodbye, ficus from all of us at Thinkspace Surrey. You’ll probably miss all the architecture talk and office gossip, and we’ll miss you. Sort of.

We might get a fern or something similar to fill the space, but it won’t be the same. No one will ever loom over us quite the way you did.