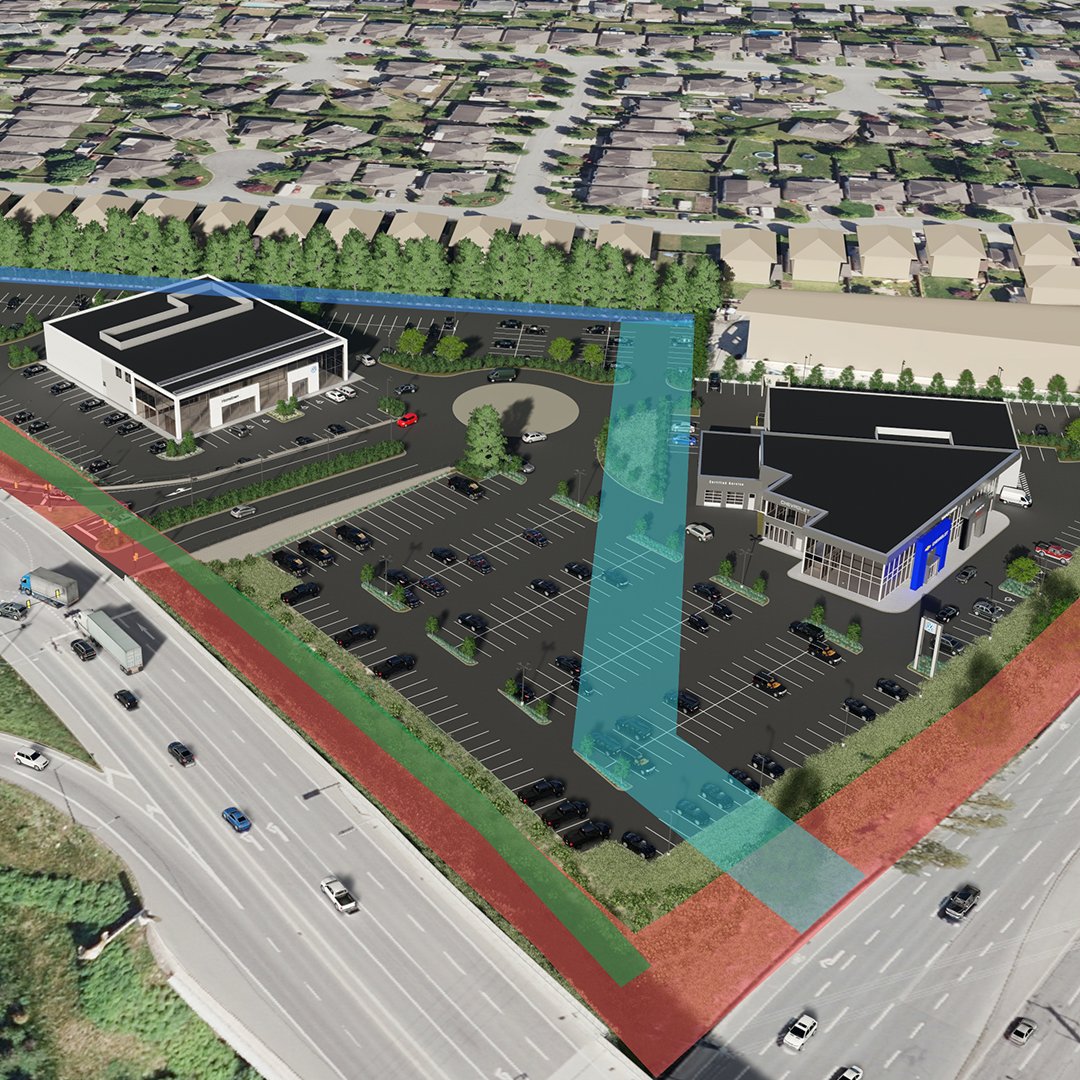 We’re very pleased to announce that the Auto Canada dealerships project in Pitt Meadows has just received development permit (DP) approval after nearly three years. The approval is a major accomplishment for the project team, which includes more than a dozen collaborators.

This project was particularly challenge because of the scope, permitting process, and location of the site. The triangular 8.5 acre site, which will be home to both Volkswagen and General Motors dealerships, sits right on the boundary between Pitt Meadows and Maple Ridge, on land that was originally part of the Meadow Gardens Golf Course. That land was subdivided by the construction of the Golden Ears Bridge, and is bordered on each side by major roadways.

The site’s pivotal location meant that there were 10 different Authorities Having Jurisdiction whose requirements had to be met before construction can begin. That list included the municipalities of Pitt Meadows and Maple Ridge, the Ministry of Transportation and Infrastructure, TransLink and Miller Capilano, Metro Vancouver, Fortis, BC Hydro and TELUS, and Ministry of Forests, Lands, Natural Resource Operations & Rural Development (FLNRORD). 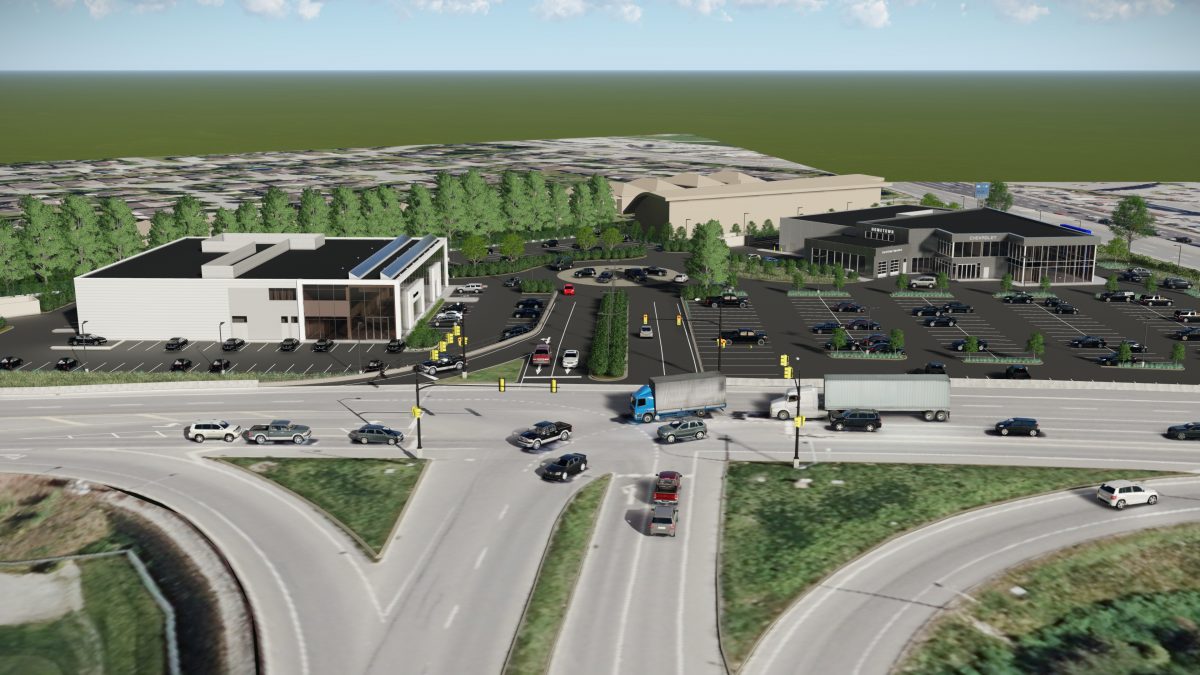 The two dealerships are the junction of Golden Ears Way and Lougheed Highway. 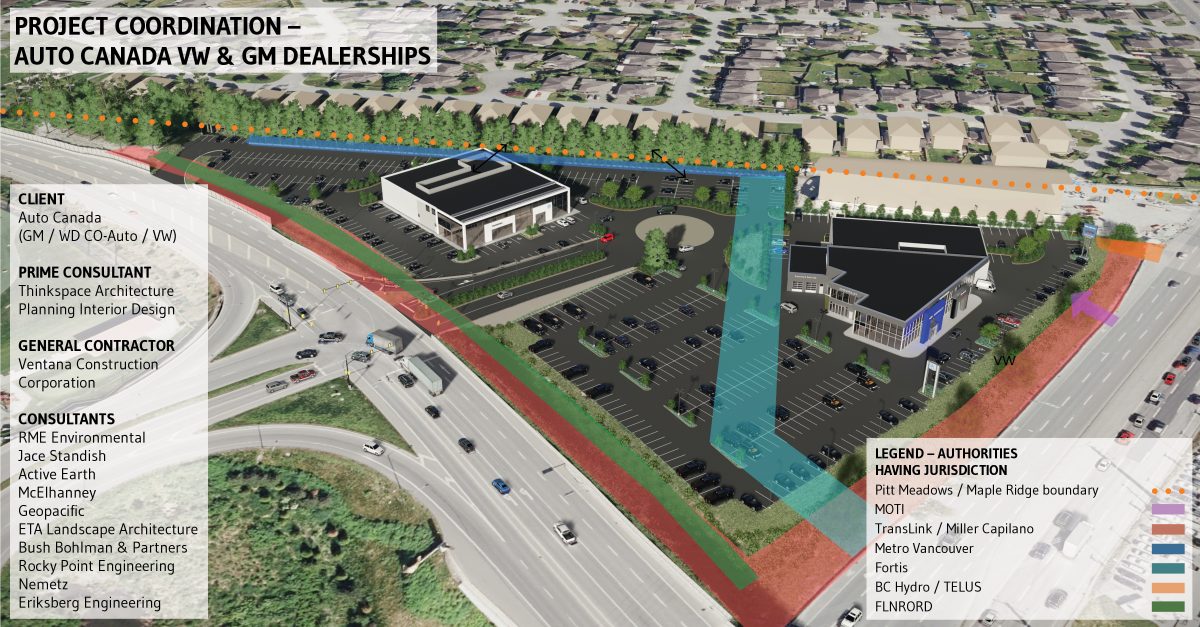 This drawing illustrates the numerous right-of-ways on the site, as well as the corresponding Authorities Having Jurisdiction.

The collaboration that happened on this project is worth highlighting - without the dedicated efforts of each team member and hundreds of hours of hard work over the prolonged DP process, this project would not be moving on to construction. Everyone on the team deserves congratulations for getting the project to this stage.

The project team had to tackle several interesting design challenges, including creating a new entry to the site off Golden Ears Way and raising the site grade by approximately three metres due to the flood plain.

Thinkspace also worked with Pitt Meadows and Maple Ridge to obtain the building and servicing permits, MOTI and Translink to obtain access from the roadways, as well as Metro Vancouver and Fortis with their Statutory Right of Ways on site. There have also been several applications through FLNRORD.

Construction on the project is scheduled to start once the building permit is issued, and will run for approximately 14 months. 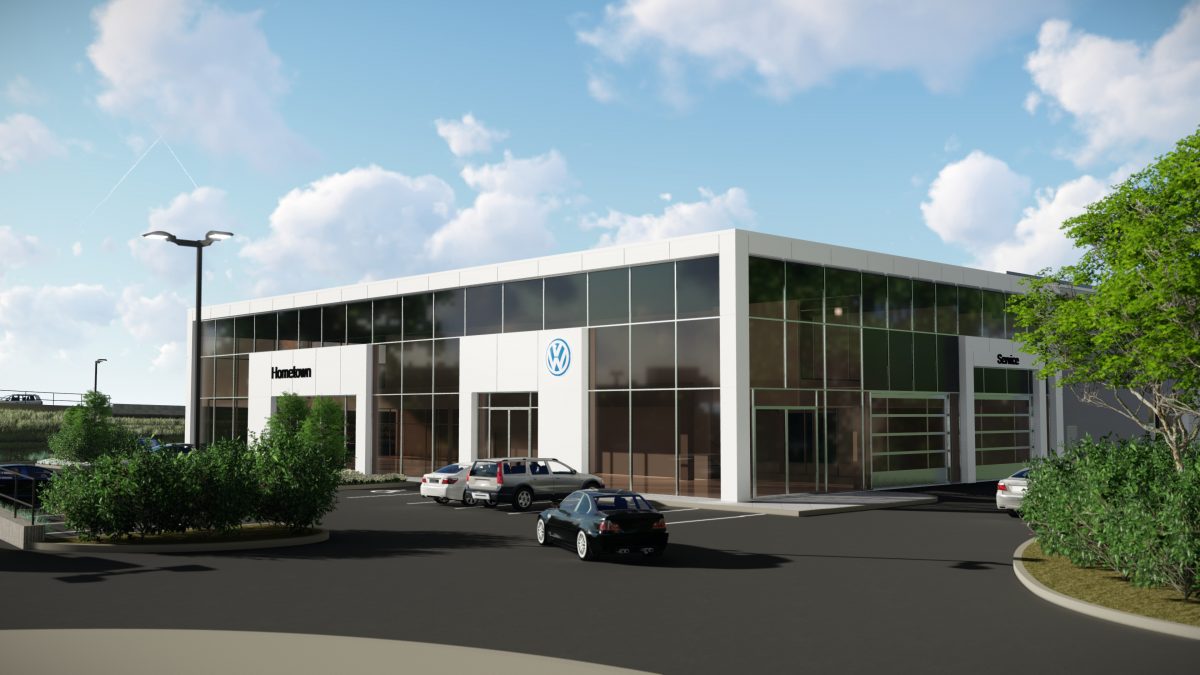 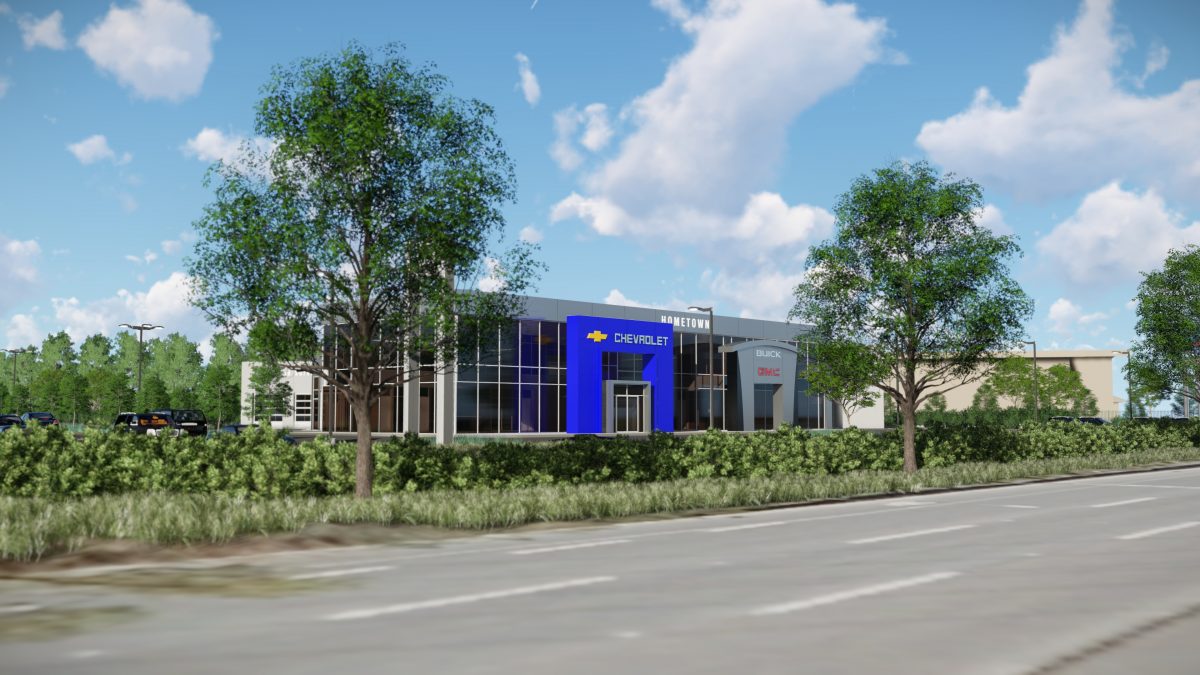